We are an
always curious
strategic
–
creative
digital
agency
.
Back
Concepts & Communication — May 10, 2018

Getting your sports marketing tactics spot on 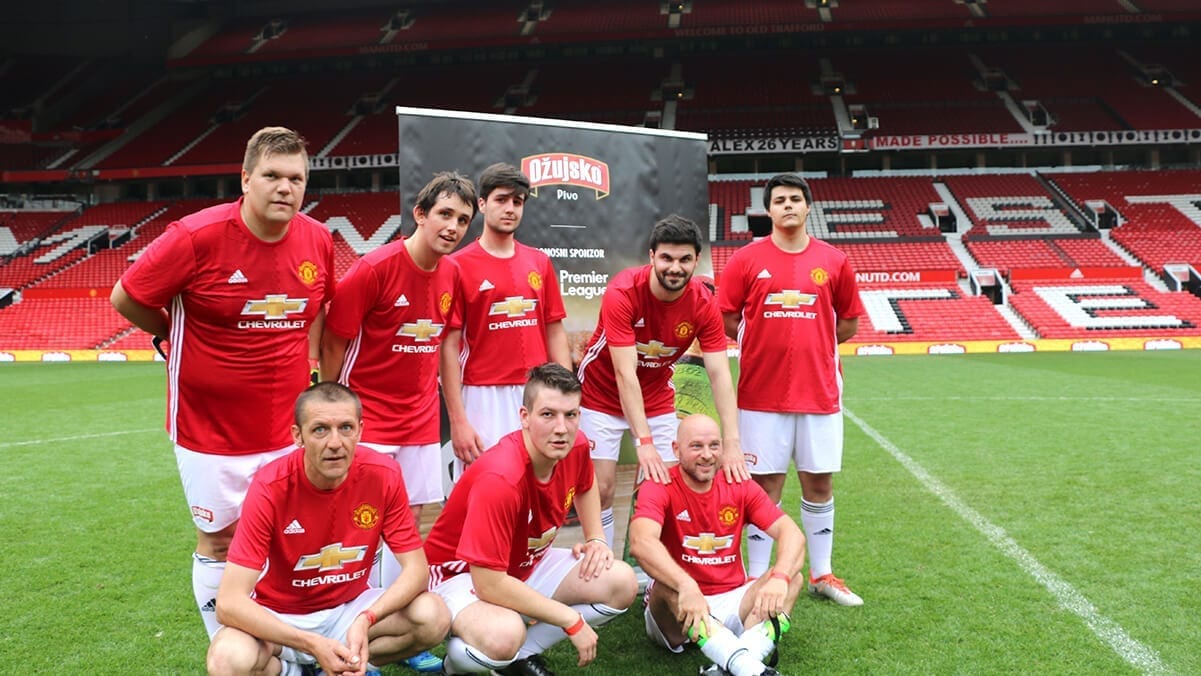 I know many of you don’t understand the mass mania behind the beautiful game of football, and that’s perfectly fine. This blog will be mostly about football (and will contain cheesy quotes including one from the Pope), but if you stay here for a little while, I can assure you this won’t be just another love letter to football.

Before we get to the point, let’s use a non-sport example to explain the nature of the problem I’m dealing with in this blog. You all watched The Simpsons and you loved it, right? We’re talking about a 29-season long legendary TV show which rocked the world of sitcoms and TV comedy. But let’s be honest, the show has been continuously sucking for at least a decade. It’s hard to admit it, because of everything it once represented and the impact it had on our lives. That’s the only reason you still hope someone can fix it or hit a reset button, but deep inside you know pulling the plug would be best for everyone.

From my point of view, the same goes for modern football, but thankfully, as a marketer, I have a chance to fix it.

Whether you like it or not, it’s hard to ignore football’s influence on societies all over the world. In its short history of 150 years, it had both started and stopped wars, created strong social movements and was even responsible for many baby booms. I’ll sum it up with a quote from Pope John Paul II, you can’t argue with this guy:

“Amongst all unimportant subjects, football is by far the most important.”

So, how did it become so special? It didn’t need fancy and expensive equipment, rules were very simple to understand and it could be played on any kind of surface, in almost all kinds of weather conditions.

All you needed was a round-shaped thing you could kick and the rest was taken care of by your imagination (throwback, right?). Focus on teamwork just made it easier to spread – it quickly became a favorite activity among the working class. Whether you preferred chasing the ball for 90 minutes or putting a shift on the stands, you had your chance to express yourself, to be an important part of this football story. And “an ordinary man” doesn’t get many chances to express himself, right? Writer Milan Kundera described it as:

Things changed as football started to spread around the globe. More and more money was coming in: TV quickly recognized its potential and triggered a legion of brands trying to figure out how to join this bandwagon. Shortly after that, someone had a thought it would be cool to organize a World cup and the rest is history.

Today, professional football is just another entertainment product. Overanalyzing and sensationalist media, big brands with their expensive commercials are in charge of the scenery. Overpriced young players, arrogant managers, well-behaved tourist-fans and agents as actors. I won’t even start with corruption and politics.

To be fair, the quality of these football matches has never been higher: top players are more determined and professional than ever. After all, sport was invented because we needed a way to prove to a certain someone we’re better than him, in a way in which we didn’t have to kill each other to do so. Unfortunately, that obsession to make everything better has been slowly alienating the fans. I look at those rich stars trying to promote and sell products via their managed social media channels, I’m hearing about their struggles and football dramas and I realize I simply cannot relate to that anymore. That’s not that “vulgar ecstasy” game I fell in love with.

Professional football might have taken all the headlines, but luckily, there’s so much more of it behind the scene. We found our safe haven in Sunday leagues and recreational/amateur football. At first glance, it’s basically the same game: 90 minutes, 11 (wo)men per team and one-two goals. But it’s not. Great football goals and skills can be seen everywhere, but they are never so much celebrated as they are by amateurs players (me being one of them) and local fans. Maybe we haven’t won a trophy in our life and will never earn so much money, but trust me, the stakes are much higher! We’re not paid to play, we play solely because of our passion, fun, and competitiveness.

In my life, I played with lawyers, doctors, mathematicians, historians, artists etc., but every time we get on the field, that becomes irrelevant. The only thing that matters is to do your best to beat an opposing team, have a beer after the game and sleep like a champion.

That’s all it is.

“Some people think football is a matter of life and death. I don’t like that attitude. I can assure them it is much more serious than that.”

I’m not the only one ranting on the Internet. There are more and more examples of fans establishing their own clubs, going back to the roots, seeking a chance to express themselves.

Being a helpless football romantic, I was very excited when I heard we’ll get a chance to create a Premier League football campaign for Ožujsko pivo, a Molson Coors brand. That was my chance to fix things! The task was to create a story and a set of mechanisms to determine which 6 fans on Ožujsko’s Facebook page will have a chance to play a football match on The Theatre of Dreams, the stadium of Manchester United. It’s something every single football player dreams about and that’s why I knew we have to make it all about those who don’t have a chance of achieving it in real life — recreational players.

In order to reach them, we created a campaign based on recreational football stereotypes — 6 different contest in which everyone had their chance to win their place on the team. The second flight of the campaign was all about football fans and getting them on some of the biggest derbies of English football. We know how football fans like to be vocal about almost every decision made by their clubs, so we gave them a chance to prove themselves as our club’s marketing executive, manager, equipment manager, and club commentator.

We summed up the entire story (10 videos starring Rene Bitorajac) in a 3-minute video. Let me know how you like it!

It’s not easy watching others ruining things you care about. If you ever get a chance to fix things, invest yourself – don’t waste it! In the meantime:

1. Explore the wonderful world of The Ocho

Because there are a bunch of people trying to be the best in Chessboxing, Extreme bagging and Unicycle Hockey… trust me, you’ll like it!

Because you don’t want to waste time on trolls and fake sports news, you want good stories. Start with telesport.telegram.hr, continue with Copa90.com

As for your campaigns, remember to go amateur! 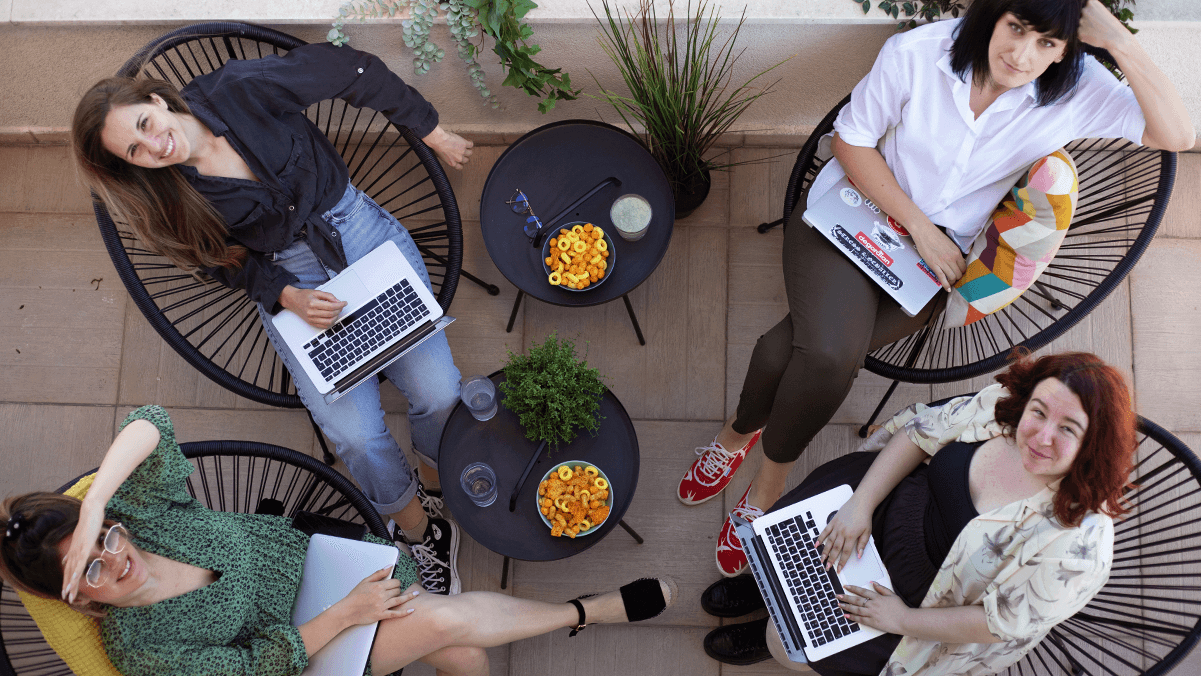 Social media branding: what it is and how to create one for your business

The how and why of company culture videos